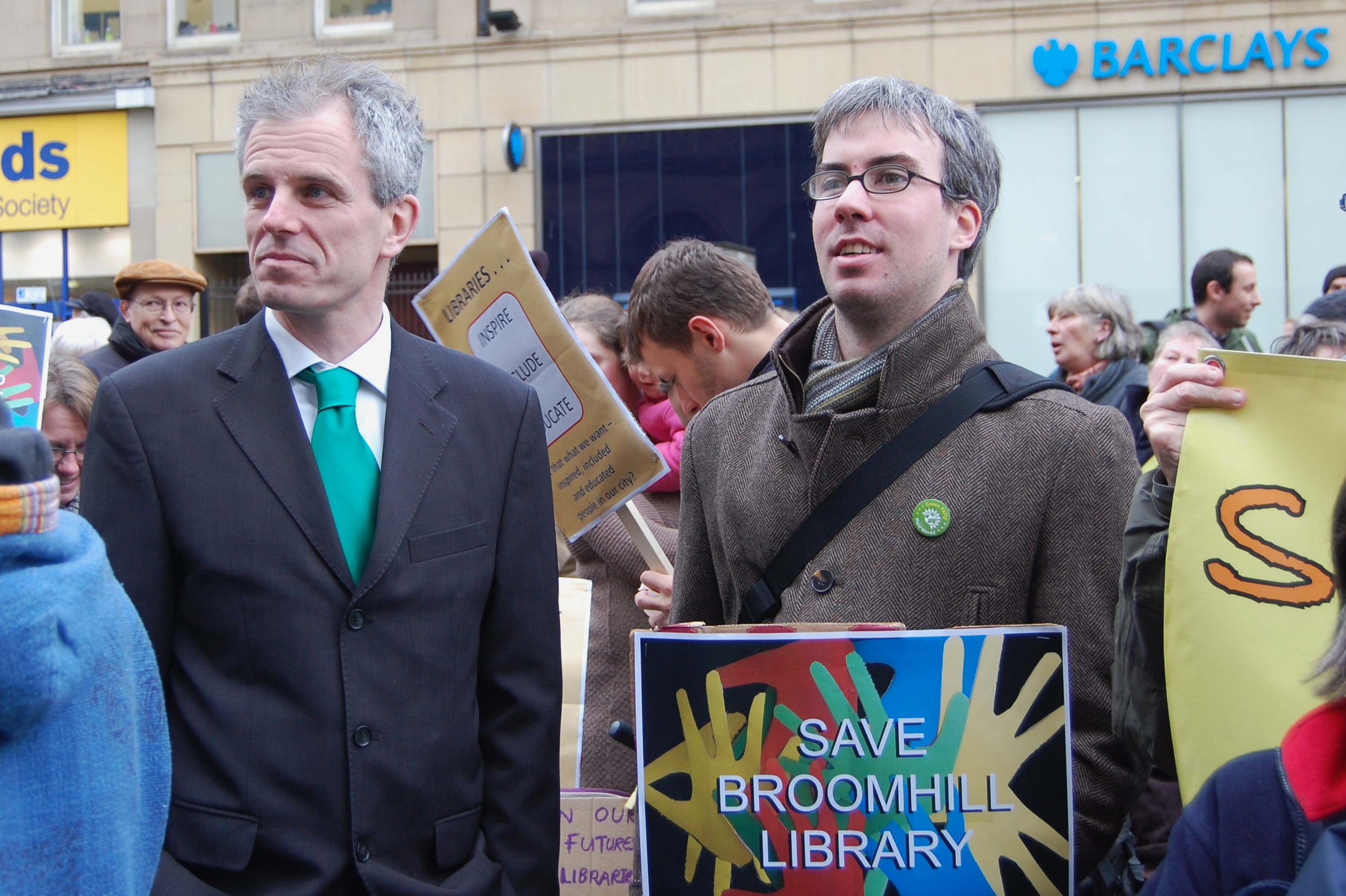 Cllr Rob Murphy and Brian Webster (on left and right, respectively, in photo) joined members of Broomhill Library Action Group and many other campaign groups outside the Town Hall to protest against proposals that will close up to 16 of 27 branch libraries. Brian comments: “There was a big turnout and 10 petitions with more than 22,000 signatures were presented to the council. 11 year old Lydgate Juniors schoolgirl Anna Mayer helped present the Broomhill library petition and spoke well about the impact losing the library would have on her life. Rob Murphy and Cllr Jillian Creasy spoke in the debate and the Labour administration were left in no doubt about the strength of the citywide opposition to their proposals. We continue to work with branch and citywide campaigners to keep the momentum going as we go into the crucial 2 month period from the end of the consultation on January 10th to the council budget meeting on March 7th.

There is One Response to Massive opposition to library closures