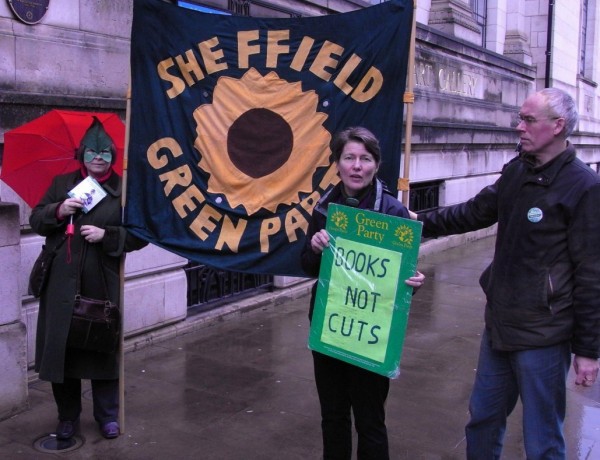 “The council may have no current plans to close libraries; but massive budget cuts are in the pipeline for future years which could be very damaging for services.  Libraries are a vital source of information not just from books but, increasingly, by providing access to the internet.  They also provide a social lifeline for many.  We support the national campaign and the Library Workers for a Better Future campaign in Sheffield.  The library network plays a vital role in our society and we must fight to protect libraries, services and librarians in Sheffield and across the country.”

The video of the protest is here.

1. The Shhh event is at the Central Library was at 11am on Saturday 5 February. More information here.
2. “Library Workers for a Brighter Future” state the following on their website: