Lib Dem leader will not fight his seat in Broomhill 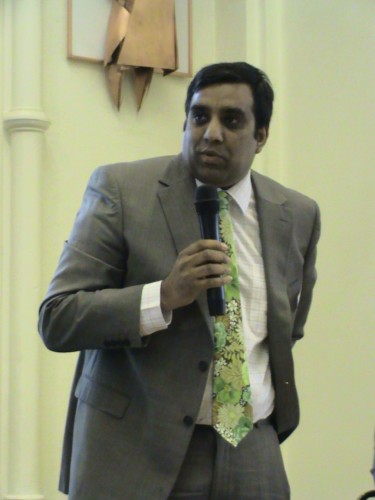 In a surprise move Councillor Shaffaq Mohammed, leader of the Liberal Democrats on Sheffield City Council, announced today that he would not be contesting his seat in Broomhill but would be moving to Crookes Ward.

Sheffield Green Party Election Agent Eamonn Ward comments: “Shaffaq’s move is likely to have been influenced by years of solid work by the Greens and our strong candidate, Brian Webster. We finished a close second to Labour last time, with the Lib Dems a distant third. It is now clear that next month’s Broomhill election will be a straight fight between Greens and Labour. Shaffaq has been a good Broomhill ward councillor for 10 years. His experience will continue to be helpful to the Broomhill Library Action Group who have the massive task of running an independent library from the Autumn, following the Labour council’s recent decisions.”

Election result May 2012 from https://www.sheffield.gov.uk/your-city-council/elections/election-results/2012/broomhill.html