A Green Council for a better Sheffield

Sheffield Green Party launched its manifesto for the 22nd May Council elections on Saturday. They will be standing candidates in every ward in the city. 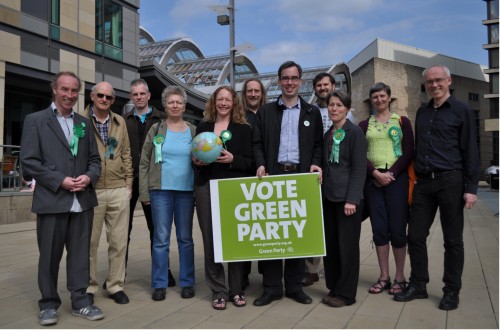 The manifesto summarises what a Green Party-led Council would mean for Sheffield, in terms of better value services, stronger communities, and action on housing, jobs, incomes, fuel and energy.

Sarah Jane Smalley, the Greens’ candidate in Central ward, said “We would listen properly to everyone and ensure that local people and businesses get their voices heard. We’d provide better information to help people influence how services are provided.” 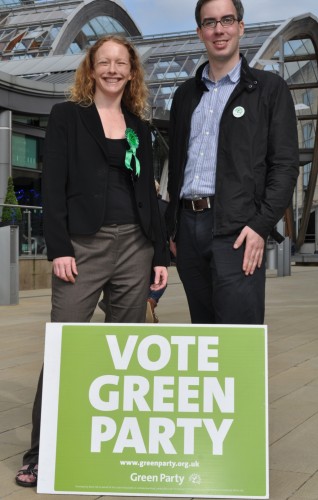 Brian Webster, their candidate in Broomhill ward, added “We’d invest in good-quality jobs and services, and push for better wages and conditions for low-paid workers. We’d favour local shops and businesses because they keep money in the area and create more jobs.”

Green councillor Jillian Creasy concluded “All three of the big political parties favour further cuts, which will harm ordinary people. The Council should stand up for Sheffield residents, especially those who are vulnerable or on low incomes.”

The Greens are standing in all 28 wards in Sheffield. They have a good chance of winning in Central and Broomhill, which would double their number of councillors from 2 to 4. Some polls have predicted that Andrew Cooper will be elected as the first Green MEP for the Yorkshire and the Humber region.

The irony for me is that Sheffield City Council issued an enforcement notice to remove our 20 year old community street garden in Sharrow, which had three Green Party Councillors :-(

Please tell us more about this Martyn. I am not sure which community garden you are referring to.