Jillian Creasy on BBC’s Any Questions 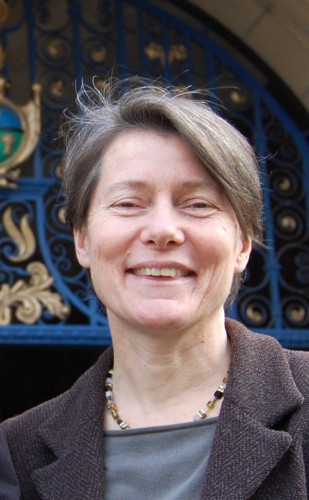 Jillian Creasy, Green Party parliamentary candidate for Sheffield Central constituency, will be appearing on BBC Radio 4’s ‘Any Questions’ programme on Friday 9th January at 8.00pm, with a repeat on Saturday 10th January at 1.10pm.

Jillian was delighted to accept the invitation to appear on the program, and commented “My Any Questions invitation reflects a growing realisation that I am a real contender to win Sheffield Central in May. It’s a top 8 national target for The Green Party.

“We won 31% of the vote across the constituency in the 2014 local council elections, placing us either first or second in every ward, and a number of recent national opinion polls have shown the Green Party in double figures.”

Speaking of the Green Party’s campaign to win Sheffield Central in May, Jillian stated that “The Green Party always opposed privatisation of the NHS. We would restore funding and move from a culture of targets and performance related pay to improving the quality of care. The same applies to other public services, such as the railways, which we would bring back into public ownership so that profits can be re-invested rather than paid out to share holders.

“These policies are really striking chords with people, and this for me explains why Green Party membership has more than doubled in the past year, both in Sheffield and elsewhere, and why we are excited about our chances of winning here in May.”

Dear Green party,
I wonder if you could help? We run what most people would call an “Eco house” although really it is a comprmise, a very well insulated 60s house with solar panels, rainwater collection for wc’s, and much more. We don’t get a lot of sun on the PV as we face west with Cobnar woods to our south. However we came home the other day to find a new lamp-post in the worst possible place for casting a shadow on our panels. It’s only 5 metres from the original concrete post and could easily has just been a straight forward replacement. I am currently waiting for a return phone call from street lighting department, but I think I know what the answer will be. A brief expaination may be called for hear, Pv panels work in such a way, that if even just a part of one panel is in shadow, it drastically reduces the whole output.
Obviously, the post is there now, although not wired up, but maybe as compensation some of the trees could be trimmed. It seams to us we do so much to be self sufficient and get so little help in return.
Regards K and A Dungworth.