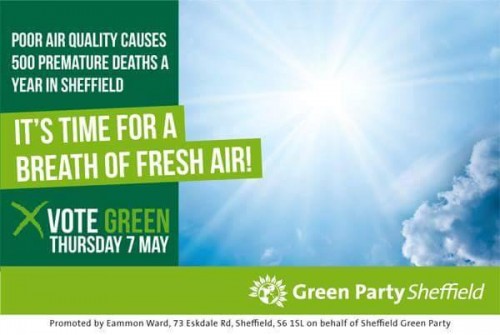 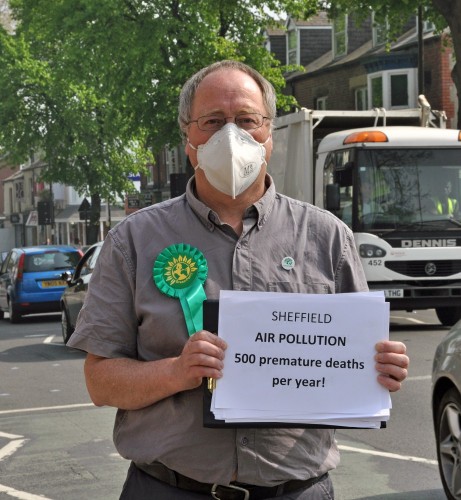 Sheffield is currently under international scrutiny as air quality in the city fails to meet guidelines set by the Government, EU and the World Health Organisation. High levels of dangerous chemicals in the air around the city result in the premature deaths of around 500 Sheffield residents a year, according to evidence.

Green Councillors raised their concern over lack of action to tackle the issue in a scrutiny meeting last week, only to be told that the targets have not been met due to ‘lack of resources’ and Government funding.

Green Councillor Rob Murphy feels that much more can be done to protect the health of Sheffield’s citizens. In the meeting he suggested methods to combat emissions in the city, such as further measures to encourage the use of public transport as well as reserving a number of taxi licences for low emission vehicles. None of these ideas were taken up by the Board. 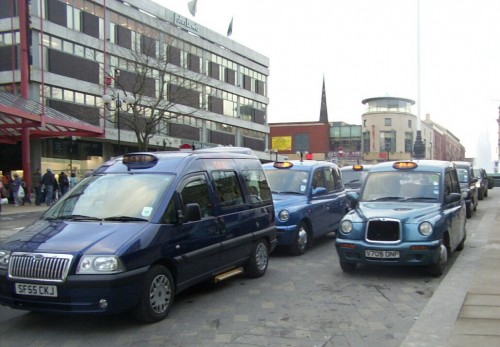 Councillor Murphy commented “The Labour Administration has missed another opportunity for real action on air quality. We need to know what action the Council would have taken if funding was available. What the benefit of that investment would have been to the health of Sheffield people and an estimate of how many would not need medical attention should air quality improvement measures be introduced. If the Council gave us this sort of information I believe we would be able to show the benefits of investing in a cleaner environment”.

Councillor Jillian Creasy, who is standing for the Greens in Sheffield Central in the upcoming General Election, added “The Council has a responsibility for Public Health in our City and a huge opportunity to make our local environment a healthy one for Sheffield people. If we are really going to reduce the  pressure on the NHS we need to ensure people are less likely to become ill in the first place. Investing in measures that reduce air pollution will have a significant impacts on NHS costs.”

“Ultimately nothing is more important to any of us than our health. As a Sheffield GP I know that the best way to address problems is to address the cause not  just treat the symptoms”

Department of Health research suggests that the reduction of chemicals found in emissions would increase life expectancy by 7-8 months.