“Amazing to see three women leaders shaking up the system” 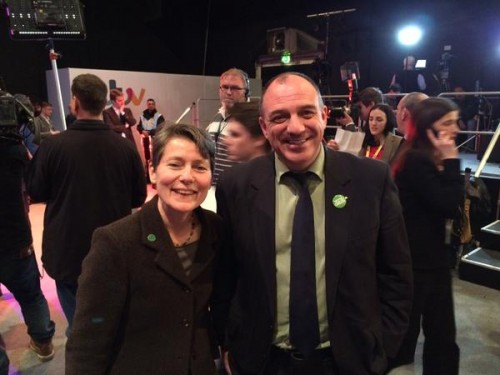 Sheffield Central Candidate Jillian Creasy from behind the scenes at leader’s debate. “Amazing to see three women leaders shaking up the system”

Sheffield Councillor Jillian Creasy, standing for the Green Party in Sheffield Central, was at the heart of the team preparing Natalie Bennett for last night’s leaders debate at Media City in Salford.

Behind the scenes in the ‘Spin room’ Jillian was able to support the three anti-austerity women leaders who stood up to the ‘old boys’ network represented by Clegg, Cameron, Farage and Milliband. “It was amazing to see three women leaders shaking up the system! Their message was clear and distinct and demanded an end to austerity.” 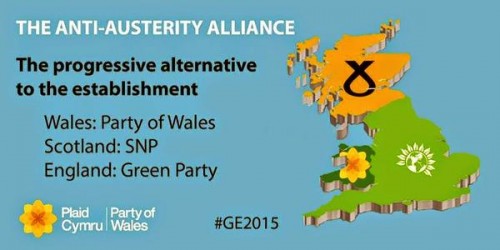 “Their clear and sensible message to empower ordinary people by vastly improving public services using money from the very richest in society and Natalie’s brave defence of asylum seekers has struck a chord with the public.”

“Natalie really challenged the status quo and raised issues others didn’t touch including exam factory education, support for sex education and the importance of migrant workers in the NHS.” Early analysis from the Telegraph and Fleishmann Hillard show strong support for Natalie Bennett. FH put Natalie 2nd with most ‘positive sentiment’ on Twitter and the Telegraph live poll puts Natalie ahead of all the male leaders, firmly in the top three with Nicola Sturgeon and Leanne Wood.