Railways should be in public hands. 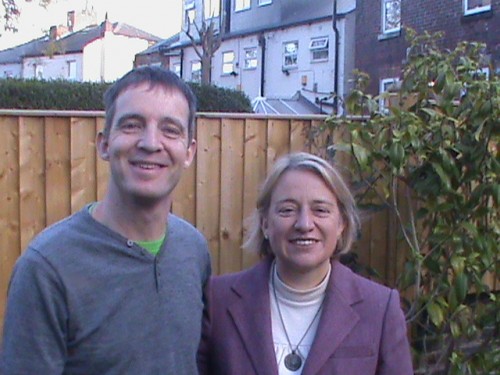 Newly elected Labour MP for Sheffield Heeley, Louise Haigh, has called for “a comprehensive re-nationalised service of our railways” (the Star 2 July 2015). She feels that this is the best way to ensure much needed investment in the system. This reflects the Green Party pledge at the General Election, to return the railways to public hands and to stop profits being put before passengers.

I share the frustration with the Tory Government’s decision to put on hold the investment in our local services in and around Sheffield, including the electrification of the Midland Mainline. These improvements would have added new jobs, increased business opportunities and encouraged people to shift to more sustainable transport. 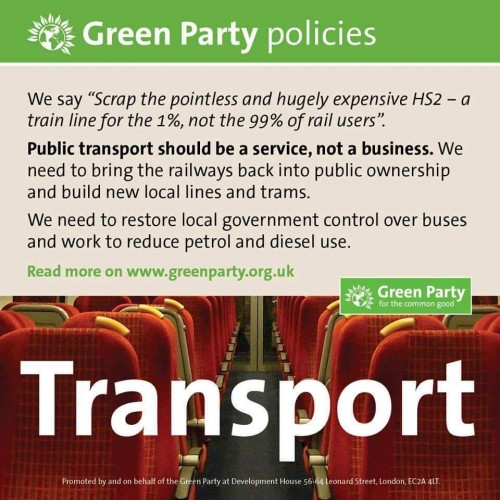 Yet can Labour be trusted on this issue? Their manifesto only promised to allow public sector operators to bid for new contracts alongside private companies, not full nationalisation. When they were in power, they took no action to reverse any of the Tories privatisation. They also failed to support the Railways Bill introduced by the Green Party MP Caroline Lucas, which would have paved the way for the return to public ownership.
Steve Barnard
Sheffield Green Party

There are 3 Responses to Railways should be in public hands.

Forgive me for getting a bit trainspottery but I think that when we say “nationalise the railway” we should understand what we are talking about. The post-privatisation railway has effectively been divided into three sections:-

(i) The infrastructure (track, signals etc) This has already been re-nationalised – Network Rail is fully on the government’s books. One consequence of this we have already seen is the “pausing” of the so-called Northern Powerhouse, and electrification of Southampton and London to Sheffield, because ministers have had increased scrutiny of the costs and delays to the projects.

(ii) The rolling stock – this is owned by leasing companies financed by the banks and I can certainly see a case for nationalising these.

(iii) The Train Operating Companies who actually run the trains. This is where I have a problem with the concept of re-nationalising. I’m old remember to British Rail and how dreadful it was most of the time – ancient rolling stock running on rickety track, staff who didn’t really care about customers and of course the famous British Rail sandwich. The main reason for this poor performance was political interference, from Marple/Beeching onwards through Mrs Thatcher who hated railways of course. UK railways now carry more passengers than they have since before WW2. Much has been made of the profits East Coast sent back to the Treasury, but this money wasn’t re-invested in the service, which meant the same old trains running the same routes, with large parts of the North of England very poorly served. Do we really want the railways to be paying for tax breaks for the rich?

So I think we have to careful about throwing the baby out with the bathwater.

I think the Green Party position is ‘public ownership’ of the railways rather than nationalisation. Although the difference is subtle, and sometimes confused, we are open to regionally run railways accountable to local authorities rather than a necessarily top down national organisation. Specifically on the three sections:

i. It should be remembered that the infrastructure was re-nationalised due the disastrous failure of the private operator, Railtrack. One of the main ‘selling points’ of privatisation is that private companies are supposed to take on the risk. The saga of Railtrack showed that unless we are prepared to lose a public service, ultimately the risk remains with government.

ii. Agreed. Another ‘selling point’ of privatisation was that it was supposed to bring with it private investment. Again this didn’t happened with rail privatisation, operators found it cheaper to lease old trains.

iii. As regards Train Operating Companies, 60% of our network is already run by state backed companies they just happen to be from other European countries. And I’m assuming a government who is prepared to bring the railways back under public ownership and control is unlikely to spend the savings on tax breaks for the rich!

Paul Salveson has been espousing a community ownership model for the TOC’s which is worth a look at:- http://www.paulsalveson.org.uk/rail-franchising-review/