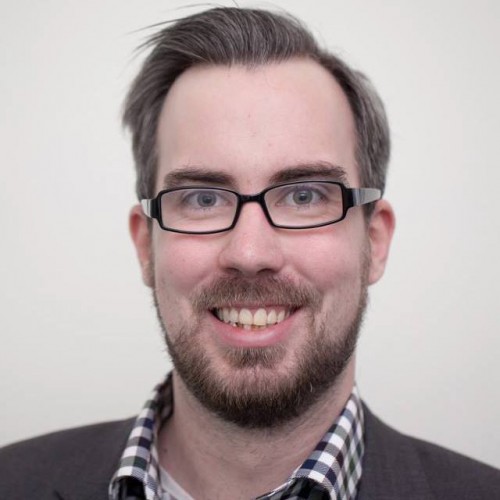 At the November 4th meeting of Sheffield City Council, Labour and LibDem councillors refused to support Green calls for a referendum on proposals to impose a Mayor on the Sheffield City Region as part of the ‘devolution deal’ that Labour Council leaders from across South Yorkshire signed with Chancellor George Osborne last month.  The Green motion also called for local councillors to be given a free vote when the devolution deal comes before the Council in January, but this was also rejected.

Green councillor Brian Webster, who proposed the Green motion, said:  “All we were asking was that local people and their elected representatives be given the opportunity to vote with their conscience on this deal, which will have significant and long-standing implications for the future of our city and region.  Green councillors will continue to fight for the views of local people to be heard.”

The text of the Green motion as submitted was as follows:

(a)       notes that on 2nd October, 2015 the Leader of the Council joined other local authority leaders from South Yorkshire, and the Chancellor of the Exchequer, in signing a ‘devolution deal’ for the Sheffield City Region;

(b)       notes that among the reported benefits of this deal is a pledge of an extra £900m over 30 years from central government for the Sheffield City Region, equating to £30m per year, but notes that this amount is not nearly enough to offset the substantial cuts that central government has imposed on Sheffield and other local authorities in the SCR over the past five years;

(c)        notes that as part of the ‘devolution deal’, it is proposed that there will be an elected Mayor for the Sheffield City Region from 2017, and believes that this is regrettable and a backwards step for local democracy;

(d)       recalls that in a 2012 referendum the people of Sheffield voted decisively against having an elected Mayor for Sheffield City Council, and believes that this demonstrates strong public feeling in this city against the centralisation of executive powers in the hands of a single individual;

(e)       notes comments by the Labour Shadow Secretary of State for Communities and Local Government (reported in the Yorkshire Post on 13th October 2015) that the imposition of a Mayor on the Sheffield City Region and other areas is “what you would imagine in a dictatorship, not a democracy”, and agrees with the sentiment that elected Mayors should not be imposed on either local authorities or cross-authority areas without clear public support, for example via referenda;

(f)        therefore considers it disappointing that local authorities across the Sheffield City Region, including those that are Labour-led, are failing to stand up to what this Council believes to be the Chancellor of the Exchequer’s unreasonable demands with respect to the imposition of a City Region Mayor;

(g)       believes that while radical devolution of power to local authorities and cross-authority areas is necessary to counter the traditional concentration of power at Westminster, the current proposals for Sheffield City Region represent a step in the wrong direction both for the future of the local area and for local democracy;

(h)       welcomes the ‘Democracy Matters’ initiative of the Electoral Reform Society and a number of UK universities, including the University of Sheffield, which will see two pilot ‘Citizens’ Assemblies’ “[debating] a range of options for Britain’s constitutional future”, is proud that Sheffield has been chosen to host one of these two pilot Assemblies, and believes that these provide a far more positive model for future discussions over devolution than the negotiations that the Administration conducted behind closed doors in agreeing the Sheffield City Region devolution deal with central government; and

(i)         calls upon the Administration to rethink its plans to accept the imposition of a City Region Mayor without a further referendum having established this as the will of the people of Sheffield;

(ii)        calls upon central government to ensure that, wherever devolution deals with local authorities call for the establishment of elected Mayors, central government funding is provided to cover the costs of holding referenda to determine whether this has the support of local people; and

(iii)       given the significant and far-reaching implications that this deal is likely to have on the development of Sheffield’s economy and governance for decades to come, urges all political groups on Sheffield City Council to demonstrate their commitment to democracy by giving Members a free vote on the Sheffield City Region devolution deal when that deal comes before this Council for debate and approval.

There is One Response to Green calls for mayoral referendum rejected

So many of us are excited by the huge endorsement of Labour’s new leader. Sadly Sheffield City Labour councillors seem oblivious to the excitement of Labour’s thousands of new members keen to engage in a politics that provides a real alternative to the failure of business as usual. I do hope Labour supporters across Sheffield are told about what their Councillors are up to. I will do my best to share this post as widely as possible.

I had thought that The Green Party might struggle in next May’s Council elections when all councillors are up for election with a re-energised Sheffield Labour Party. The Blairites are clearly still running the show in our City and the same old dead hand of Corporation and austerity favourable policies are firmly on track. Therefore a large number of Green Party councillors look likely to formally a much larger group in Sheffield Council.

Thank you to to the four green councillor for providing a voice of reason during these grim times.