Sheffield Green Party has announced key ward candidates in the May council elections where all 84 councillors will stand for re-election due to boundary changes. Candidates include current councillors Rob Murphy, Brian Webster and Aodan Marken and former Labour councillor Steve Barnard. Other candidates include Sue Morton, founder member and former Chair of Walkley Community Forum, Douglas Johnson, winner of a Legal Aid Lawyer of the Year award in 2014 and Magid Mah, recent President of Hull University Students Union.
The Speaker for the Green Group on Sheffield City Council, Cllr Rob Murphy, comments: “In 2016 we can change Sheffield for the better. Sheffielders have the chance to vote for a Council that will listen, value their views and work with them not against them.

The recent bus consultation and changes highlight a Labour council that is not listening to Sheffield people. Green councillors continue to offer constructive alternatives to the council and work hard on the ground for the people they represent. Greens will ask voters to support our 2016 local manifesto which will emphasise our approach of working closely with local people.

We aim to build on Jillian Creasy’s breakthrough second place in Sheffield Central constituency last May and our existing group of 4 city councillors. We are targeting the 5 constituency wards plus Crookes & Crosspool, Ecclesall and Gleadless Valley, where there is strong support for our work.

3 votes for each resident in May means Sheffielders can radically change the shape of the current lopsided, Labour controlled, council in May. That’s good for democracy and can help to create a substantial opposition group of Green councillors to represent them and the city.” 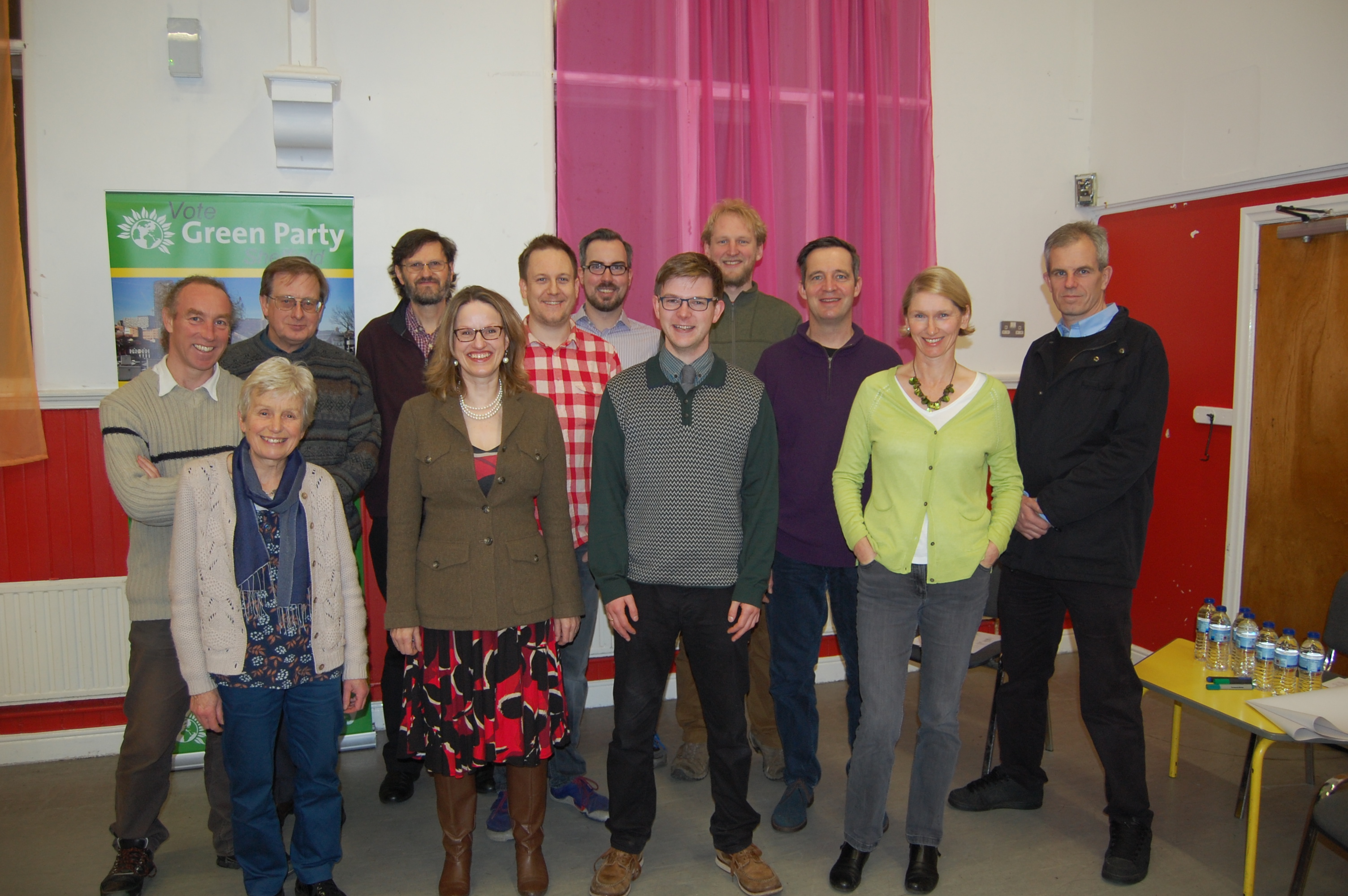 The Green Party have stood candidates in every city council ward election since 2004 when Jillian Creasy was the first elected Green councillor in Central ward.  The current council group size is 4 with 2 councillors in each of Central and Broomhill wards.

Jillian Creasy finished second in the general election last May with 15.8% of the vote across the whole of Sheffield Central constituency, the 3rd best Green result in the country.

The Green candidates in key wards are:

Congratulations to all our candidates. Exciting times. The prospect of having a sizable green group on Sheffield Council is very real.
Rest assured I will be doing all I can to make this prospective a reality. It’s another important step in demonstrating there is an alternative to the corporate take over of our economy, increasing inequality and accelerating climate change.

Do you have a candidate for Hillsborough in the council elections?

Also not seen any of your literature yet for the parliamentary By-Election? In previous elections your leaflets have arrived too late for the postal vote?

Christine Gilligan-Kubo will be our candidate again in the by-election on May 5th. Unfortunately, due to impossible timescales caused by not knowing the election date in advance, we are unable to produce a leaflet and get it to the Royal Mail in time for them to deliver.

We appreciate your interest. If you would like to talk to or correspond via e-mail with Christine please contact me via eamonnward@live.co.uk

I can’t find any information outlining what your policies/manifesto is for the local elections. I am able to find your national manifesto, but I would expect a more tailored manifesto specific for Sheffield?

I am interesting in voting Green, but will not vote for you unless I can read the specific policies relating to Sheffield.

Thanks for the enquiry. Candidates will not be officially nominated until the end of the week and our manifesto will be on the site next week. I wills end you via e-mail in the meantime.