Sheffield Council should exploit any opportunity to safeguard public assets 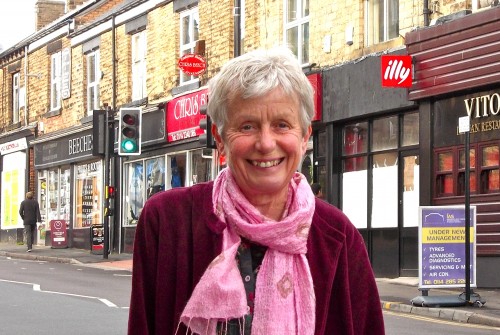 With reference to your article of January 7th (‘Relax rules to save Sheffield pubs for the community’, Sheffield Telegraph), I agree with Dave Pickersgill of Sheffield and District CAMRA, that Sheffield City Council are using too narrow a definition of what constitutes a “local community” when considering applications for Asset of Community Value (ACV).

I live in Walkley but regularly visit the Red Deer on Pitt St to attend a Sheffield U3A class. Like many pubs it offers a friendly, reasonably priced meeting room in the city centre for organisations that draw membership from the wider community that is Sheffield.  Communities are not just the people who live nearby but are often widespread networks of like-minded people who gather together to share and pursue common interests and activities.

The Localism Act of 2011 and the Assets of Community Regulations 2012 give provision for local groups to nominate a building or other land for listing if it “furthers (or has recently furthered) their community’s social well-being or social interests (which include cultural, sporting or recreational interests) and is likely to do so in the future”.

Local Councils elsewhere (including Leeds, Blackpool and Manchester) obviously have a wider vision when it comes to awarding ACV status, as the lists of approved applications include sports stadiums, parks, football grounds, allotments and a former library.

I was incredulous to learn that the reason for rejecting the bid for ACV status for Don Valley Stadium was  “it is considered that the use only extends to a narrow section of that community and is insufficient to warrant registration as an ACV. There is very limited evidence of support from the local community.”  Surely given the excellent facilities and the lack of provision elsewhere, Don Valley’s community of users was widespread?

At a time when our public and community buildings and open spaces face many challenges, not least the relaxation of the planning rules by the Conservative Government, the Council should exploit any opportunity to safeguard public assets. They must examine and reconsider how they interpret and implement the ACV legislation.

Sue is a local election candidate for Walkley Ward, read more about her here.

Sue – could you contact me please – I’ve sent a message via the website with my email address – thanks, Dave P