The Green Party launches its council election campaign on Friday 15th April – with a full slate of candidates in Sheffield. 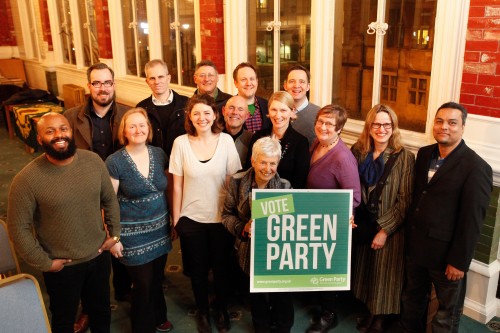 · Greens standing over 1,500 candidates on 5 May 2016
· Runaway Party Election Broadcast success demonstrates the voracious appetite for Greens’ #GrownUpPolitics
· Greens will campaign tirelessly to address the housing crisis and stand up for real localism
· ‘Political will’ needed to close tax loopholes and better fund councils
· Green councillors are a ‘new broom sweeping through dusty corridors’

In Sheffield, 84 Green candidates are nominated for the May council elections and are aiming for a much bigger council group after the election.
Candidates include current councillors Rob Murphy, Brian Webster and Aodan Marken. Other candidates include Sue Morton, founder member and former Chair of Walkley Community Forum; Douglas Johnson, winner of a Legal Aid Lawyer of the Year award in 2014; and Magid Mah, recent President of Hull University Students Union. 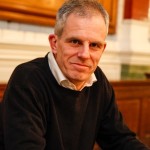 Cllr Rob Murphy comments:
“We can change Sheffield for the better in May. Sheffielders have the chance to vote for a Council that will listen, value their views and work with them not against them.”
The recent bus consultation and changes highlight a Labour council that is not listening to Sheffield people. Green councillors continue to offer constructive alternatives to the council and work hard on the ground for the people they represent. Greens will ask voters to support our local manifesto which emphasises our approach of working closely with local people.
We aim to build on Jillian Creasy’s breakthrough second place in Sheffield Central constituency last May and our existing group of 4 city councillors. We are targeting the 5 constituency wards plus Crookes & Crosspool, Ecclesall and Gleadless Valley, where there is strong support for our work.
Three votes for each resident means Sheffielders can radically change the shape of the current lopsided, Labour-controlled council in May. That’s good for democracy and can help to create a substantial opposition group of Green councillors to represent them and the city.” 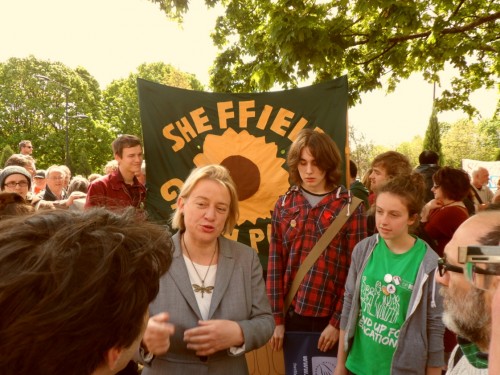 “Green councillors have proven their ability to stand up for their constituents and deliver real change and we are excited to be standing almost 1,500 candidates on 5 May. In a period when councils have been under enormous pressure to execute savage cuts handed down from Westminster, I am proud to say Green councillors have fought tooth and nail to protect essential public services and vulnerable people. By challenging the destructive budget priorities of councils led by the old parties that have run out of ideas, and holding planners and developers to account, Green councillors have made a real difference to people’s lives.”

The Green Party are standing over 1,500 candidates on 5 May. Alongside the Greens’ 168 principal authority councillors, those newly elected next month will move to demand that local authority pensions are not invested in companies that have links to tax havens or unethical concerns.”

1. The Green Party’s election video is at https://youtu.be/s2dNEQiHUUo

2. The Green Party have stood candidates in every city council ward election since 2004 when Jillian Creasy was the first elected Green councillor in Central ward. The current council group size is 4 with 2 councillors in each of Central and Broomhill wards.

3. Jillian Creasy finished second in the general election last May with 15.8% of the vote across the whole of Sheffield Central constituency, the 3rd best Green result in the country.

4. The Green candidates in key wards are: