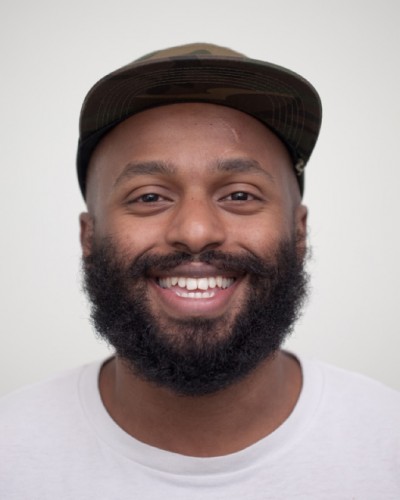 Councillor Magid Magid, elected as Sheffield’s first Somali councillor in May 2016, made his “maiden” speech in Sheffield City Council on 6th July – which was also the first day of Eid.
Cllr Magid spoke on the rise of racism and xenophobia that followed the EU referendum result and asked the council to “unequivocally condemn those who use the result of the EU referendum to spout their vile hatred and who aim to divide us.”

The date was also the first day of Eid. Cllr Magid, who had been fasting for the previous past 30 days of Ramadan.

He represents the ward of Broomhill and Sharrow Vale. He spoke of his many constituents, saying how European and international migrants living in Sheffield “enrich our lives and the society we live in.”
Cllr Magid, who came to Sheffield as a refugee from war-torn Somalia with his family when he was 4, said of his notable achievement:

“This city that has welcomed me, my family and many others which I call home is very diverse and it’s only right and proper that Sheffield City Council should reflect that reality. As Sheffield’s first Somali councillor, I’d like to think I’m making my own small contribution to that particular cause. I am proud and honoured to be a councillor and I intend to work hard with courage, conviction and humility while also striving to make a positive difference.”

Eid al Fitr is a festive day for Muslims that celebrates the end of the holy month of Ramadhan. Sheffield has a thriving Somali community, the first case of Somalis coming to Sheffield being in the 1940’s.
The text of the Green Party amendment is:
Amendment to be moved by Councillor Magid Magid, seconded by Councillor Robert Murphy

The Council Agenda is here.  The original motion was

NOTICE OF MOTION GIVEN BY COUNCILLOR CRAIG GAMBLE PUGH That this Council:-

(a) is very concerned by the increases in hate crime reported in the days following the EU referendum and condemns those who use the referendum as cover to seek to hurt and divide our communities;

(b) was appalled by the attack on a gay nightclub in Orlando, Florida, USA on 12 June 2016 in which 49 people were killed and 53 others were injured;

(c) fully condemns hate crime in all its forms, including crimes that are targeted at a person because of hostility or prejudice towards that person’s:

(d) is concerned that 284 hate crimes were recorded in Sheffield by South Yorkshire Police in 2014/15 – a 22% increase on the previous year;

(e) is committed to defending the rights of everyone in Sheffield to live their lives free from fear and discrimination;

(f) acknowledges the work the Council and its partners are doing to combat hate crime in the city, including:- (i) raising the profile of hate crime, including publicity materials and briefings for community forums; (ii) the Hate Crime Strategic Group’s work to identify new ways of increasing 3rd party reporting centres; (iii) the Hate Crime Scrutiny Panel work to review hate crimes and incidents and share best practice; and (iv) the work being done by the South Yorkshire Police and Crime Commissioner to ask communities how they would find it best to report hate crime and hate incidents; and

The Green amendment was

(a) is proud that Sheffield is a diverse, tolerant and inclusive city, but is disturbed by the increases in racism, xenophobia and hate crime reported nationally in the days following the EU referendum, and unequivocally condemns those who would use the referendum as cover to seek to hurt and divide our communities;

(e) believes that Sheffield City Council has an excellent track record of showing compassion and solidarity for victims of terrorism from other European countries, including by on occasion raising the flags of other nations over the Town Hall following terrorist outrages, and also believes that terrorism knows no borders and demands not only global cooperation to face down terrorism, but also global empathy for its victims;

3. the addition of a new paragraph (i) as follows:-

(i) calls upon the Administration to develop a clear policy for raising other nations’ flags over the Town Hall, with a view to ensuring that this Council’s commitment to global empathy with the victims of terrorism is reflected through the equitable and non-discriminatory use of this important symbolic gesture.

The amendment was not carried, after Labour councillors voted to reject it.

Amendment voted down because it was not in line with the motion.

Can you explain please John? I don’t understand.

Another pressing issue is how can the council claim no cash for libraries when it has just trebled spending on the failed Sevenstone project? A proper public debate is needed in Sheffield and spending priorities changed to prioritize things we actually need like libraries and library staff. As a final thought much larger savings could and should be made from corporate pay, councilors expenses, ditching the nonsense Sevenstone project and coming up with a proper strategy to reuse buildings to create a vibrant city centre and restore library staff.