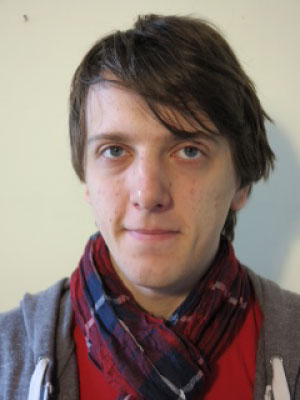 I can’t agree with Mike Simpson (Letters 26 July) who argues that students should vote at home not in their place of study, leaving democracy to “local” residents. Students may move from place to place, but their interests should be represented because they are about 10% of the Sheffield population. Most would consider Sheffield their home rather than where their parents live. Many stay on after studying to work in our friendly and welcoming city. Democracy is for everyone, regardless of how temporary their habitation might be.

The average age of British councillors is now over 60, but Sheffield is slowly becoming more representative of the population. I sought to represent young people in the Crookes & Crosspool ward as a 19 year old candidate in May. Green Cllr Magid Magid now sits with a number of young Labour and Lib Dem councillors in the chamber representing wards with significant student populations. It can only help connect communities if young people participate in political life where they spend most of the year.

Election results are more distorted by low registration and poor turnout than students voting in large numbers. Individual registration was introduced by the Tories knowing that it would remove millions of people from the register including students. A generational divide, reflected in the political process and the actions of politicians, is a big turn off for young people. Broken promises on tuition fees and changing the goalposts on student loan repayments have not helped encourage their participation.

I agree with Mike that students should be registered to vote as part of their university enrolment. But to vote in their place of study as well as having the option to register in their home town.

Original letter that this is in reply to.
Mass student voting is distorting results

26 July 2016
Before the next General Election something needs to be done about the way that mass student voting is distorting the results of those wards and constituencies where they live, often against the wishes of the local residents.

Take a fresher who comes to Sheffield in mid- October and leaves on summer vacation in mid-July, having voted in the mid-May election of that year.
He or she will complete their degree courses two years and two months after the election and leave Sheffield with a well-earned degree.
A second year will leave one year and two months later, and a final year student a mere two months after the vote.
Yet the councillors standing in those wards will be elected for four years and MPs in those constituencies for five years. Why should people with such short-term involvement in all aspects of Sheffield life have such an influence on the democratic process and then move on to pastures new?
The solution is obvious and simple to set up.
Freshers should fill in postal voting forms for their home ward and constituency as part of their enrolment at the university.
This enfranchises all students with the democratic vote and negates the stampede to get on the electoral role that we saw in the run-up to the referendum.
It also results in a fairer representation of the local residents views at election time. One thing only will stop it happening, you would have to use the words “politician” and “common sense” in the same sentence.
Mike Simpson