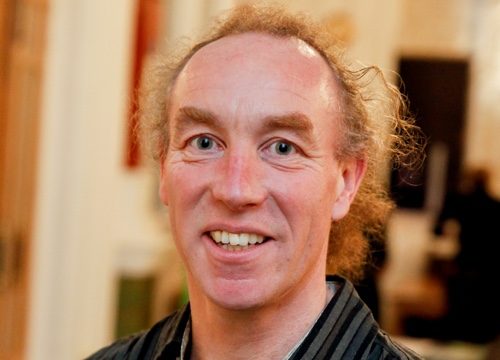 The Greens were at the centre of this month’s Council meeting, all right, though not wholly in the way we expected. The meeting started fairly conventionally, with tributes to former councillors who had passed away being an opportunity to reflect on the work councillors do for their communities and the kindness that was occasionally shown between rivals, even on the campaign trail.

We were soon into petitions, the first one unusually being a 30-signature petition to support the work of the council in cutting down trees in Fir Vale. It was particularly unusual because the petitioner was speaking only to agree to what the council was going to do anyway and not to ask the council to do anything different. 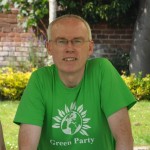 In contrast, Eamonn Ward opened his speech on the air pollution petition by stating openly that he was consciously dressed in a green shirt so there would be no doubt which political party he came from. Eamonn presented a dignified account of why the 500 premature deaths a year in Sheffield demand a new and refreshed air quality action plan, one that works this time. In response, Labour’s Cllr Mazher Iqbal agreed that “the biggest polluter is the private car” and that “hopefully over the coming weeks and months, we will be putting together a plan.”

Some of my own casework, supporting residents in Kelham Island who had suffered the inconvenience of their road being dug up and left by Amey for over 6 months, led to one of the residents presenting a petition calling for both action and a proper explanation. The Leader of the Council promised Amey would visit within 2 days. She promised a “sympathetic scheme” of repair work to reflect the heritage aspects of the area and described Kelham Island as “one of the jewels in the crown” of Sheffield. 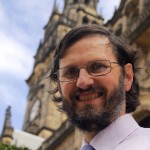 Graham Wroe then spoke on a petition of 738 signatures to save 6 trees in the Norfolk Park area. Cllr Bryan Lodge was absent from the meeting so Cllr Julie Dore responded in his place. She was noticeably more hostile than to the previous petitioner, although noting that some replacement of trees in Guildford Avenue had been postponed. Further information here.

The trees theme continued through questions from the public. Nigel Slack commented on the lack of respect shown in recent council meetings by some members of the ruling group towards both opposition parties and members of the public. Shelley Cockayne asked why the Council keeps saying tree protesters cost the council money when the PFI contract makes clear Amey is to meet this cost. Justin Buxton asked why Heeley City Farm was having to buy timber from felled trees from Amey when the Council had previously said the timber would be given to charities for free. Other questions related to closure of children’ centres, traffic and funding a golf driving range to encourage BME women to try a sport they were traditionally excluded from. Finally, a good question from Jonathan Marsden asked how the council could make charities more democratically accountable when they were delivering outsourced services on the council’s behalf. 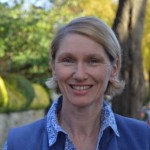 The petition to save Ecclesall Road trees had reached 5,925 signatures and resulted in a full councillors’ debate. The petitioners were concerned about the council’s plans to fell 13 of the 35 trees. Paul Hemmings gave a clear and articulate presentation to the councillors, posing three specific questions. The Ecclesall Road trees are in Broomhill and Sharrow Vale Ward. In the debate that followed, one of the Labour ward councillors was surprised at the number of signatures because, she said, no-one had approached her about the trees. By contrast, Cllr Magid spoke of the very high number of constituents who had expressed their unhappiness with the tree-felling. When Cllr Alison Teal got up to speak, things got a bit exciting. Questioning the point of the so-called Independent Tree Panel, when the council only agreed to 8% of the panel’s recommendations, she went on to explain why she believed Cllr Lodge had been deliberately misleading, citing the example of the previous admissions by Cllr Lodge over the use of flexi-pave. The Labour Whip protested at this criticism and the Lord Mayor asked Alison to withdraw the remarks. Having considered the request, Alison explained she would be prepared to withdraw the word “deliberately” but could not retract her genuine belief that Cllr Lodge had been misleading. 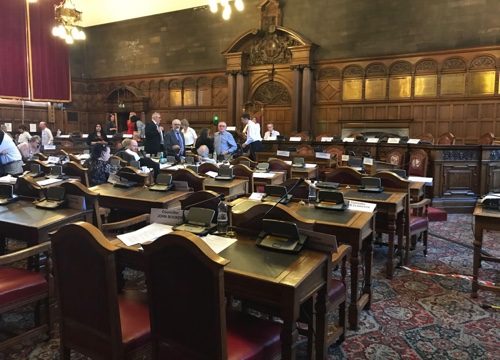 This was not only controversial but also very rare, as the Lord Mayor then asked Alison formally to leave the council chamber. Other opposition councillors quickly supported her by walking out together. The council chamber was in chaos, and even more so when it was realised the Lord Mayor did not have power to ban councillors but had to pass a vote of the whole council. As the meeting reconvened, every Labour councillor present voted to eject Alison and the entire opposition walked out for a second time. In a show of solidarity and against the Labour group’s abuse of their position of power, the opposition groups united and jointly put out the statement saying “Enough is enough.”

There are 2 Responses to A momentous Council meeting.

Thankyou for such a clear explanation of what happened at Full Council. Even as an ex Sheffield City Councillor I find it extremely difficult to make sense of what goes on. This post addressed this. It provided context and a sense of the mood of the Council Chamber.

I will ask my ward Councillors for an explanation of their position on what happened.

If only all full council meetings were reported in this way so the people who live and vote in Sheffield could grasp its’ importance. Perhaps a result would be that more people would take an interest and see the point in voting and getting involved.

I get the impression it suits the establishments purpose to keep what goes on very unclear. As such it is very worrying and sad. Great to see democracy in action by the meeting being reported so clearly.

I completely agree that this is the way that all full council meetings should be reported. It should be a matter of fact as all the members of the council are simply representatives of the citizens of Sheffield and as such are to be held to account publicly.