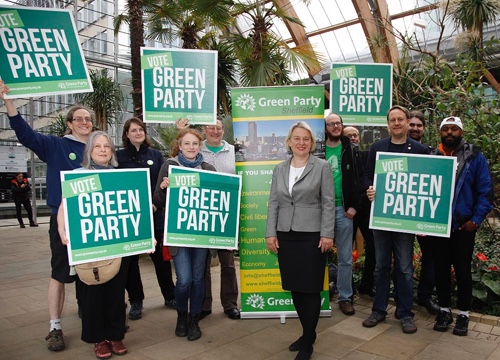 12 May 2017 – launching her election campaign to be the first Green MP in the North, Natalie Bennett said today:

“Today we start the formal campaign in a strong position.  There is a great chance here to elect the first Green MP in the North.

“With no risk of the Tories being elected in Sheffield Central, voters have a straight choice between me and Labour.  And we are finding across Sheffield voters are looking for change.  They are turned off the old politics.

“The solid values and principles of the Green Party ring true on the doorstep.  People know we will always oppose privatisation of our NHS and fracking.  And that we will stand up for schools that provide education for life not just exams and for the right of free movement within the EU that enriches all of our lives.”