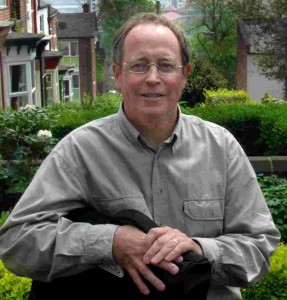 Sheffield Green Party has proposed a motion to the Full Council on Wednesday thanking the local residents and environmental groups that opposed the Mottram Tintwistle Bypass.

The withdrawl of the plan stops the threat of large traffic increases that had
been predicted for the A57 through Broomhill and the A616 Stocksbridge Bypass.

Green Councillor Bernard Little commented “The people of Broomhill and villages along the A616 can breathe a sigh of relief now these proposals have been withdrawn. The predicted traffic increases for these areas fatally flawed the old argument that building new roads cuts congestion, and we thank the many people who argued long and hard against the plans.”

He added “£15 million has been wasted on this road scheme. It is time to look at proposals to increase the public transport capacity across the Penines, such as removing the bottleneck at Dore Junction and re-opening the Woodhead Rail Tunnel. Plans which offer a long-term sustainable solution to the problem”

Full Motion below
That this Council:

(b) believes that the proposals were detrimental to three of the four Local
Transport Plan objectives, namely congestion reduction, air quality improvement
and casualty reduction;

(c) notes that both the A628 and its offshoot, the A6024, pass through
highly protected landscape, including Longdendale Valley, Langsett and Woodhead
which contain an internationally important Special Protection Area, Special
Area of Conservation and Site of Special Scientific Interest;

(d) notes that the projected increase in Heavy Goods Vehicles and other
traffic would have had a serious impact on the landscape, wildlife, plant life,
tranquillity and access to highly significant heather moorlands and woodlands
in the National Park;

(e) notes that the Peak District National Park Authority elected to oppose
the bypass in principle and that the Highways Agencyâ€™s first public
consultation on the proposal received 1400 letters of objection;

(f) notes that Sheffield Council’s smaller opposition group in their
Notice of Motion in June 2007 called on Sheffield City Council lodge an
objection to the proposals;

(g) notes that the other groups on Sheffield Council in their Motion of
June 6th 2007 voted to support in principle the proposals;

(i) regrets that £15 million has been spent on the aborted scheme;

(j) thanks the local community groups and environmental campaigners for
their hard work and effective opposition to this damaging proposal.