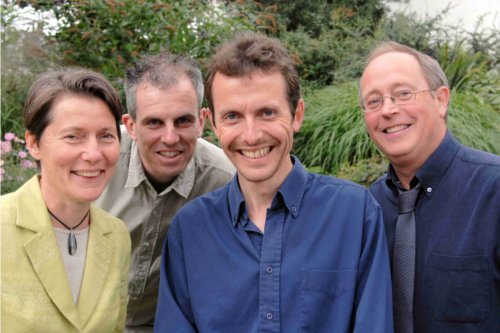 Jillian Creasy commented “I live in Sheffield Central constituency and am delighted to be the Green Party candidate. I believe local people are worried and angry about the recession, the expenses scandal and the increasing privatisation of public services. Green councillors have a well-deserved reputation for addressing residents’ concerns and problems, and I would do so as an MP. “I want to give voters a real alternative to Labour and the Lib Dems, who simply aren’t tackling many of the challenges of the future. Our success in recent elections in this area shows that large numbers of voters support us. We believe the General Election in this constituency should be a close race between Labour, the Lib Dems and ourselves.”

The Green Party has also chosen its candidates for certain wards for the May 2010 Sheffield City Council elections. Cllr Bernard Little, who currently represents Central ward, will be the candidate for Broomhill ward where he has lived for many years. Cllr Little had previously been selected as the parliamentary candidate for Sheffield Central, but has now decided to concentrate on the Council election, because of the likelihood of the two elections occurring on the same day. Rob Unwin will be the candidate for Central ward; and Gareth Roberts will be the candidate for Gleadless Valley ward. Bernard Little commented “I have worked hard to be an effective councillor in Central ward for more than three years, and will continue to do so up to the end of my term in May. I believe we have achieved a great deal for local residents in recent years. Rob Unwin already knows the ward and its residents well; and I’m certain he will make a great local councillor.

“I’m really pleased to be the Green candidate in Broomhill ward, which has been my home for the past 12 years and where we are the clear alternative to the Lib Dems. The Greens have already addressed a number of significant issues in the area in the past few years. I intend to work even harder for Broomhill residents in the future.” Rob Unwin commented “I’ve worked closely with the Green councillors in Central ward for 6 years, and am well aware of the local issues. The election next May will be another close contest between Labour and the Greens; but we hope voters will recognise our hard work in the ward over recent years.”

Notes : 1. Short ‘pen pictures’ of each of the 5 candidates mentioned above (ie Jillian Creasy, Bernard Little, Rob Unwin, Steve Barnard and Gareth Roberts) are given below.

Jillian Creasy moved to Sheffield in the mid-1980s. She is married, works as a part-time General Practitioner and has lived in Central ward within Sheffield Central constituency for a number of years. Jillian was elected as Sheffield’s first Green city councillor in 2004 and re-elected in 2007; and is the leader of the Green group on the Council. Her many campaigning successes include: persuading the Council to hold an investigation into affordable housing and make improvements to some of the council housing in Central ward; initiating a review of noise nuisance, which resulted in a new late-night Council service to deal with complaints; persuading the Council to opt in to the Government’s Sustainable Communities Act, which enables Sheffield to influence central government actions and legislation; and opposing Sheffield’s bid for a Supercasino.

Bernard Little lives in Broomhill and has done so for the vast majority of the last 20 years. He works in Occupational Therapy at the Northern General Hospital helping rehabilitate people with head injuries and neurological problems. Previously he had his own plumbing business in Sheffield, and has extensive experience of working in shops, factories, offices, construction and farming. Bernard has campaigned actively for the Green Party for more than 30 years, and has been a Green councillor on Sheffield Council for over three years.

Rob Unwin has been an active campaigner in Central ward since 2003 and is recognised as playing an important part in getting all three Green councillors elected. He has particularly focused on building relations with members of different communities, through mini-campaigns around road safety, green spaces, public transport and individual casework. Rob works with teachers committed to preparing young people to contribute to a more just and sustainable world.

Steve Barnard grew up in the Sheffield Hallam constituency but now lives in Heeley with his wife and two sons. He is a former Sheffield city councillor, representing Darnall ward between 1996 and 2000. He was one of the Green party candidates in the 2009 election for the European parliament, and has also been a Green election candidate for the city council. He works in the city as part of a management team of a large community centre.

Gareth Roberts moved to Sheffield as a student over 15 years ago and lives in Meersbrook with his wife Liz. He lectures part time at Sheffield Hallam University and manages community events organisation Regather. Gareth is an active member of the Sheffield community, and volunteers with the Sheffield Civic Trust, Transition Sheffield and Grow Sheffield, with recent contributions including work on the Sheffield Green New Deal, the Sustainable Communities Act and the Heeley Meersbrook Community Supported Agriculture project. 2. Sheffield Green Party will announce its candidates for the other wards for the May 2010 Sheffield City Council in the New Year. It has not yet decided whether to field parliamentary candidates in the General Election for the other Sheffield constituencies.