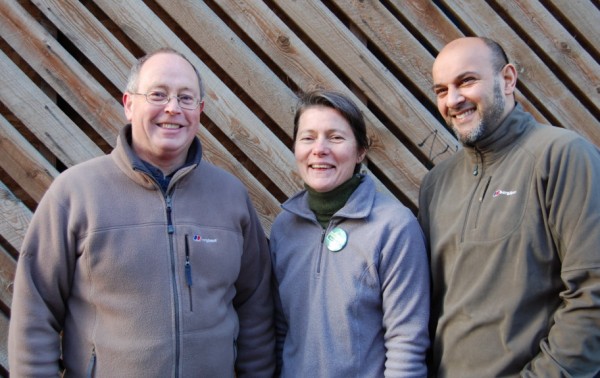 Following a recent selection process, Sheffield Green Party announced today some of its candidates for the May 2011 Sheffield City Council elections. Local residents can be confident that all of these candidates will work hard for local people, both in the relevant wards and in Sheffield generally.

CENTRAL WARD: Cllr Jillian Creasy, the leader of the Green group on Sheffield City Council, will stand for re-election in Central ward, which she has represented since 2004. She commented “I live in the ward and am delighted to be a candidate to represent local residents again. People are worried and angry about jobs, incomes and cuts. I want to give voters a real alternative to Labour and the Lib Dems, who simply aren’t tackling many of the challenges of the future. I believe I am well known for addressing residents’ concerns and problems.
BROOMHILL WARD: Bernard Little will be our candidate for Broomhill ward where he has lived for many years. He said “I worked hard to be an effective councillor in Central ward for four years. I’m really pleased to be the Green candidate in Broomhill ward, where we have come second to the Lib Dems a number of times recently. The Greens have already addressed a number of significant issues in the area; and I intend to work hard for Broomhill residents in the future.”

NETHER EDGE WARD: Tanwir Rauf will be the Greens’ candidate in Nether Edge ward. “I’m delighted to have been selected as the Greens’ candidate. I was born and have lived most of my life in Nether Edge; and, therefore, know the ward and many of its residents. I want to try to give a voice to everyone who lives there, whatever their background or concerns, and enable residents to get involved and be able to influence what goes on in the area.”