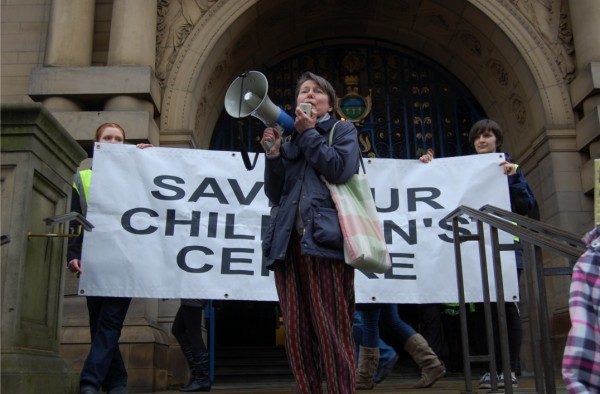 Sheffield Green Party has criticised local Labour councillors for not taking action to safeguard vital services for vulnerable people. The Green Party put forward an amendment to the Council budget, which would have saved services for many Sheffield residents, including children, older people, disabled people, those on low incomes, unemployed people and victims of crime. But Labour did not vote for it, or push through an amendment of their own.

Green councillor Jillian Creasy said “If Labour had supported our budget proposal, cuts to Sure Start, Police Community Support Officers (PCSOs) and other important services to young and older people would have been avoided.  I’m very surprised that Labour has chosen not to support the services that matter to local people. We tried to save these services, but Labour sat on their hands.  It’s too late to wait until after the May Council elections.  Redundancy notices are being issued now and services will have been damaged beyond repair by May.”

Note : The Green budget amendment can be viewed at http://www.sheffield.gov.uk/your-city-council/council-meetings/full-council/agendas-2011/agenda-4th-march-2011-special. “List of amendments” – page 15.