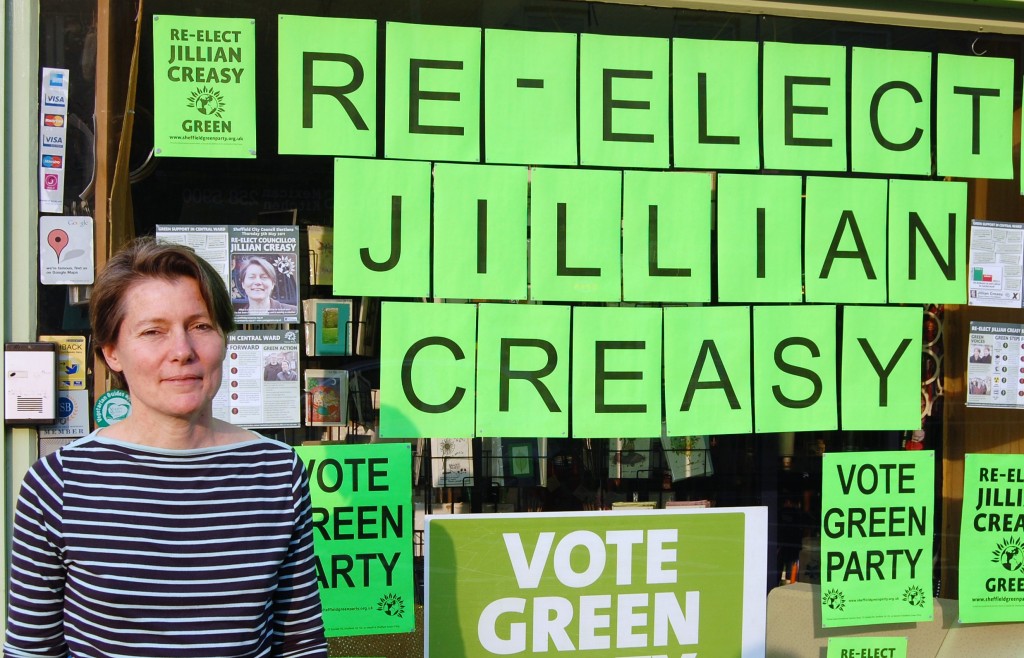 Sheffield Green Party would like to thank more than 18000 people who voted Green in Sheffield on May 5th. It was a Labour landslide but voters in Central ward decided to retain Green councillor Jillian Creasy as we came from 687 votes behind Labour in 2010 to defeat them by 193.

Numerous national newspapers wrongly reported that the council has been run by the Liberal Democrats with help from the Green Party. It even made the Ghana Times ! This is, of course, incorrect and we have never entered into coalition with the Lib Dems in Sheffield. People opted for the only party that actually opposed the Lib Dem cuts budget with action in the council chamber. Central voters recognised a decade of year round work across the whole of their ward. They realised that 4 more years with Jillian Creasy looking after them individually and collectively was their best option.

For the full results see wikipedia