Letter to the Sheffield Telegraph 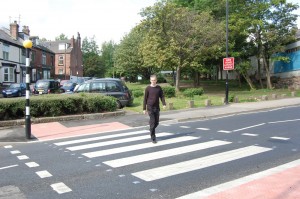 In February, Sheffield’s Green Councillors called for plans for a citywide 20 mph limit on residential streets (excluding main roads). We were supported by Labour and opposed by the Lib Dem administration.  Last week’s announcement of plans which stopped short of a default 20 mph limit was therefore disappointing.

Labour’s plans for 20 mph limits around schools sound good but the evidence shows that the vast majority of child casualties occur well away from the school gates.  This is unsurprising because the school run only covers a short time period and, including weekends and holidays, schools are closed for approximately 45% of the year.
This piecemeal approach to 20’s Plenty also reduces many of the benefits of a blanket approach, from the relative cost of installation, to driver behaviour and fuel saving.  The Greens, by contrast, would start a citywide roll-out with the area with the worst accident statistics; the city centre.

A 20 mph limit without humps and bumps reduces the frequency and severity of accidents as well as saving money for motorists (on fuel and repair costs), local authorities and health services.  Travelling faster than 20 mph in residential streets is both dangerous and unnecessary and the sooner Sheffield joins numerous other councils around the country and plans a default 20 mph limit the better.
Central Government has recently announced changes that will reduce the cost of implementing these schemes, while Sheffield Professor Danny Dorling has described a 20 mph speed limit in residential areas as the one change which would make the biggest positive impact on society.  So rather than looking for what sounds good, shouldn’t the Labour council be planning a roll out of a citywide 20 mph limit in residential areas as they said they wanted before the election?