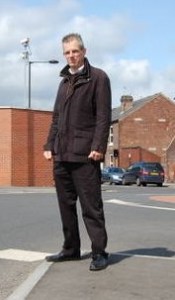 Well done to Millhouses and Carter Knowle Community Group for their work to stop the Sainsbury’s and Tesco expansions in their area, helped by the wonderful work of the East End Quality of Life Initiative on air quality.  The Planning Inspector’s comments reinforce many people’s view that supermarkets often have negative impacts on traffic levels, air quality and local business and communities.

Readers may be interested to know how Tesco fared with their applicationto massively expand their Express store by the West Street tram stop.  Well, it didn’t even go to the Planning Committee, because Tesco can simply take over the trading permissions given to the previous tenants, Wokmania.  All they needed was approval for a new shop front, signage, ATM’s and underground plant and decisions were agreed with council officials.  Nice work for a store Tesco told us was “one of our busiest Express stores outside of London.”  That’s before it doubles in size.

So, the council are powerless to stop this expansion in an area not designed for it.  Eldon Street already cannot cope with the delivery lorries and waste crates.  Planning conditions mean residents in the 160 apartments above don’t suffer unloading noise until 7.30am, but noisy refrigerated vans can still park up much earlier and wait without restriction.

Sainsbury’s also has an application in for a “Local” store on the corner of Carver St and Division St.  It will use the loading bays on the narrow Backfields directly under the housing association block, Cambridge Court.  Like Tesco, they will simply take over the trading permission of the clothes shop currently there.

Local people and campaign groups know that taking on the supermarkets is very difficult. And the government’s proposed National Planning Policy Framework aims to relax rules and put even more power in the hands of developers.  Supermarkets have the money and central government influence but no expansion for Sainsbury’s at Millhouses shows that the people can sometimes win.

There are 3 Responses to Supermarket expansion plans – latest news

I’m interested in the Green Party’s ideas about what can be done to encourage local grocers to set up as an alternative to these city centre supermarkets. I admit that I’m actually looking forward to the opening of the new Sainsburys, as it will provide an alternative to Tesco (I live and work in a the middle of a triangle of 3 Tescos). But I would much rather buy from an independent grocer. Areas like Broomhill and Ecclesall seem able to support these but they are largely absent from the city centre.

Very belated reply to Isabel’s query re supporting independant grocers in the city centre.
It’s a tricky one – the rents and rates in the city centre are higher than in Ecclesall and Broomhill; there is a different clientele, on the whole I higher proportion of students, younger people passing through in rented accomodation rather than stable, wealthier home owners in the more suburban areas, i.e. more likely to nip into a late-opening supermarket than seek out specialist shops. In Sheffield, there is the additional problem that the council’s plan for the city centre is the New Retail Quarter, so that a swather of small premises have been compulsorily purchased to be knocked down and turned into big stores. That plan has stalled which is worse than if nothing had happened. All in all, it’s not easy for anyone to start up.
One way in is via markets: we have supported the Castle market stalls and the Moor market out-door traders and hope that both will be accomodated in the revamped Moor. There is also a monthly Farmers market on Fargate, which the council could advertise and support more vigorously. This would help businesses to start up and encourage people to shop other than in supermarkets.
Another is via council or trade association led schemes to “buy local” or “buy organic” (the “slow food” movement that has taken off in some towns).
Would welcome ideas and support to pursue these ideas!
Jillian
Cllr Creasy, Central ward

This reply to the post only arrived for moderation today – 3rd Jan 2012.- not sure why it got lost in the system?