Why we must fight for our children’s futures

The following article from Sheffield Green Party chair, Jon Ashe, was published in the Sheffield Star’s ‘Viewpoint’ on 1st February 2013:

We must fight for children’s futures 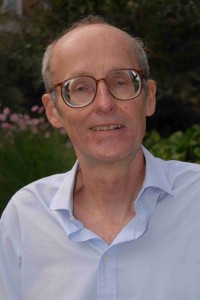 I stood out in the cold on January 19th to join the demonstration in support of Early Years Services for young children and families. Hundreds of parents and children made the same choice because of the need for swift action to save these vital services.

The network of children’s centres and early years settings has grown organically since Sure Start centres were first set up. Community groups have worked hard to address needs in their own local areas. They are good services – 10 of them have “outstanding” OFSTED inspection ratings. All the centres are different and there is a wealth of good practice and experience held by dedicated staff, volunteers and parents.

The Labour-led Council has been working on a central “redesign” of children’s centres since it came to power in 2011. But providers only recently heard about a major funding cut, with a formal Council decision made soon after on December 12th. How can a council decide on the right course of action without consulting local people?

It’s possible to run a nursery on a commercial basis. But that’s much easier in more affluent areas. In poorer parts of the city there will probably be no service without subsidies, so people stay out of work because of childcare constraints.

Also, this is a big equality issue. The coalition government has made cuts that hurt northern cities much more than southern counties. This Council has decided on cuts for 2013/14 that will hit poorer areas and vulnerable people much harder. The coalition government’s cuts also fall heavily on women. By cutting early years services, the Council is cutting services that impact on women even more.

One might argue that the Council failed to consult appropriately with the people with the knowledge and didn’t consider adequately the impact their decision would have on equality in the city. I understand that a legal challenge on the parents’ behalf is likely, arguing that the way the Council went about the decision to cut Early Years funding was inappropriate, because consultation must take place at an early stage in the process.

Sheffield Green Party has always supported children’s centres because they encourage and empower people to help themselves. They help give young children a better start in life as well as enabling women and men to enter work. This provision is a vital part of a strong and healthy society.

In 2011, under a Lib Dem administration, the Greens made a budget proposal to prevent cuts to Sure Start centres. We recognised that Early Years provision was threatened by the reduction in childcare subsidies, and cuts in funding for services from breast-feeding support to citizen’s advice. Labour voted to let the cuts go through. Now we are seeing further cuts from a Labour administration.

The Labour-led Council has unpleasant choices about how to manage with £50 million less than last year in a £1.5 billion budget. But how can the Council expect to make good decisions, if it doesn’t consult with the people on the frontline?

We believe there should be no changes to Early Years Services until a fair and open process has been completed.