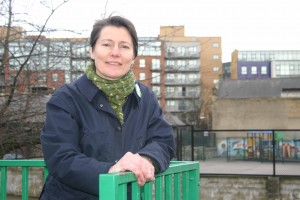 At the Council Budget meeting today, Green Party councillors will propose a small increase in council tax to save vital services, but will also increase the hardship fund to help households hit by the loss of council tax benefit. In January, the Labour administration passed a scheme which will mean the poorest 30,000 families in the city having to start paying council tax.

“Far from having their council tax frozen, these families will have to start paying it, just when they are also being hit by council house rent rises and the new bedroom tax. We recognise that people across the city are being hit by a triple whammy of rising prices, squeezed incomes and reduced council services, but we want to help those with the greatest need. Our proposed rise of 48p a week for the majority of households would be enough to protect some vital services – particularly for children and young people and by tripling the hardship fund attached to the Council Tax Support Scheme, we can help those worst affected by the loss of Council Tax Benefit.”

1. Government has transferred the council tax benefit scheme to local authorities but cut the money available to support it by £4.6m; the Labour administration chose to raise this sum by increasing the amount payable by those in receipt of council tax benefit, who are by definition those with the lowest incomes in the city; some will face increases of as much as 23% (£4.32 per week for a family in a Band A property, £5.64 in Band D, £11.29 in Band H. £2.82 for a single person in Band A)

2. Many of these people will also be facing a rise in council house rent and a reduction in Housing Benefit due to the “bedroom tax”. The combined effect will mean that many simply cannot afford to pay and will face court, at huge cost to the council.

4. A rise of 2.95% in the base rate of council tax would mean just 48p a week extra for the majority of Sheffield households. The money raised would be enough to protect some vital council services and to help those worst affected by the loss of Council Tax Benefit.