Road safety is the big plus 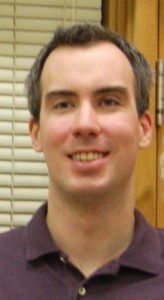 Brian Webster of Sheffield Green Party issued this letter to the Sheffield Star in reply to Andrew Kirbyshaw’s on 20th August 2013.

I agree with Andrew Kirbyshaw (letters 20 August) that road safety is the big plus from 20mph zones. Pedestrians are seven times more likely to survive if they are hit by a car at 20mph than if hit at 30mph.

Greens have led the campaign for a citywide scheme in Sheffield but it currently lacks the support of the Labour-led council. We are pleased that two big adjoining 20mph zones are coming to Upperthorpe and Steel Bank this autumn. A city wide scheme would be more effective but lower speeds will make roads safer for everyone – children, adult pedestrians, cyclists and car users.

There are 3 Responses to Road safety is the big plus

I am completely agree with you about the importance of 20MPH speed limit however, I don’t agree that there is a lack of support from Labour Council. I am pleased to share our few achievements and our future plans in this area:

2. One of the first council’s in the country to do so.

3. Our plan is to introduce seven zones across the city based on areas around schools. We’ll then continue to roll out further zones in suitable residential areas as funding becomes available.

4. We have had funding for such schemes cut by 50% by government. The Green Party’s plan to roll out 20mph across the whole city at once would take up all of our annual budget for new highways infrastructure and road safety schemes.

5. Greens plan would therefore mean cutting all other road safety work, including schools road safety education, and most of our annually funded work on crossings, cycle schemes and public transport.

6. Our plan will deliver 20mph while maintaining these other investments.

I hope this clarifies however, if you have any further queries please do not hesitate to contact me.

It is true that the Labour Council has started moving towards more 20 mph zones in the city after a long campaign by Sheffield Green Party.

Unfortunately as with many things that this Council is doing there seems to be no long term plan. Their piecemeal approach to 20 mph zones is more expensive, less effective and has failed to take full advantage of the investment of the Highways PFI.

The Green Party’s plan is to introduce larger 20 mph areas based on accident statistics rather than schools. The areas immediately around Primary schools in particular have relatively low accident rates due to parental supervision and driver awareness.

We would start with the area with by far the worst number of traffic injuries, the city centre and then to spread out across the city in the future.

I’m not aware of any Greens who have suggested that such a city wide plan should be funded from a single years transport budget. Can you back up this claim?

Jillian Creasy adds “Cllr Maroof misses the point about 20mph limits: the idea is to have large areas, indeed ALL residential streets in a city, subject to a 20mph limit. Small zones will never be as effective and cost vastly more than a large-scale approach. ”
See this article from 20’s Plenty
http://www.20splentyforus.org.uk/Press_Releases/Birmingham20.pdf