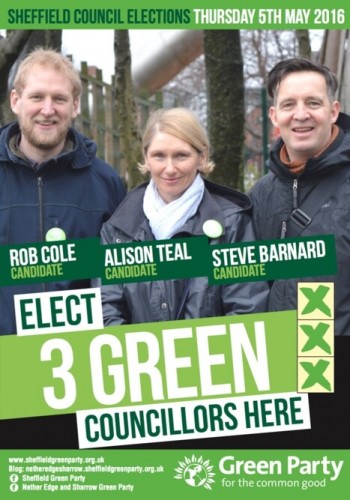 Your 3 votes can elect 3 Green councillors in the new Nether Edge & Sharrow ward.

Rob is working to improve public transport and facilities for pedestrians and cyclists, and tackle traffic and parking problems. “Everyone needs safer roads.”

The Council elections in this ward will be a close contest between Greens and Labour.

In the May 2015 elections, Greens came a close second to Labour in the two wards that covered the new Nether Edge & Sharrow ward.