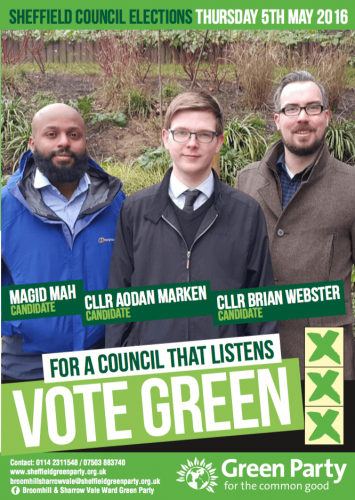 Current Broomhill Cllrs Aodan Marken and Brian Webster work together to ensure local residents have the support they need. Magid Mah, a former President of Hull University Students Union who lives in Broomhill, works closely with them in our team in the new, expanded Broomhill & Sharrow Vale council ward.

If elected, we will continue to work hard on the issues that matter to you. On May 5th you can change Sheffield City Council for the better. Together we will ensure the voices of people in Broomhill & Sharrow Vale, and across Sheffield, are heard.